Malicious Police Virus - DO NOT PAY!!!

For some time now the Ukash virus, malware or ransomware has been a huge threat to computer user around the world. There are several variation of these deadly virus and removing the virus is not always straight forward. They often pose as your local police department such as West Yorkshire Police, Metropolitan Police, FBI, Royal Canadian Police and many others. In our experience at Southgate Computers in Crawley, this virus has the ability to seize your computer completely, with some variation of the virus preventing access to Windows repair tools which were built into the operating system.
Continue reading

SOCIAL MEDIA DANGERS
Learn the Don'ts of social networking
Imagine this: while surfing the web, you run into a last-minute city-break deal. The offer is so good that you just can’t resist it. So you book it on the spot.
You’re so excited that you immediately write a post on your Timeline: “Found an amazing city-break deal. This weekend I’m off”. Next thing you know, you come back from your trip only to find your apartment turned up-side-down by burglars. This is just an example of how your actions on social networks can leave you exposed to all sorts of dangers, putting at risk not only your internet security but your physical security as well. Find it hard to believe? According to ConsumerReports.org (June 2012), 4.8 million people used Facebook to share their plans for a certain day - a detail that could tip off burglars, 800,000 minors were harassed or bullied on Facebook and 11% of the households using Facebook had trouble, ranging from someone using their log-in without permission, to being harassed or threatened in 2011. In addition, the fact that social networks collect lots of sensitive information about you and have the ability to distribute it faster and more widely than traditional data-gathering firms adds privacy violation to the string of internet security (and physical security) threats posed by non-rational behaviour in social media. Have you ever wondered how much information is really collected? Or who is it shared with? And why?
What is risky behaviour on social networks anyway?
Continue reading 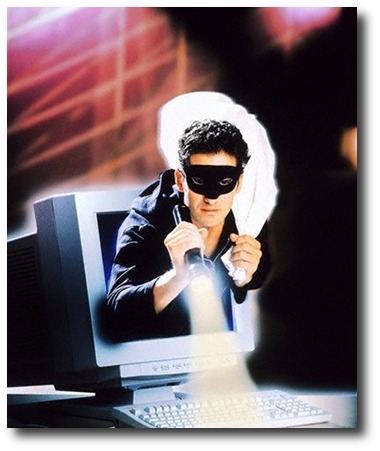 The FBI and Microsoft have broken up a huge network of hijacked home computers responsible for stealing more than $500m (£323m) from bank accounts. The Citadel network had remotely installed a keylogging program on about five million machines to steal data. About 1,000 of the 1,400 or so networks that made up the Citadel botnet are believed to have been shut down. Co-ordinated action in 80 countries by police forces, tech firms and banking bodies helped to disrupt the network."The bad guys will feel the punch in the gut," Richard Boscovich, a spokesman for Microsoft's digital crimes unit said.